The right tools for the job

They say that to do a good job, you should always use the right tools. In past lives I have been an automotive mechanic and a flexographic printer. These jobs taught me that if you use cheap tools or the wrong tool, you will end working twice as hard, or worse – damaging something that will cost you real money, or worse still – causing someone an injury. To that end, in my second life as a photographer, I’ve always strived to have the best possible equipment to ensure that I can deliver the highest quality images to my clients. And equipment wise, this week has been a bit of a boon for me! It feels a lot like Christmas, even thought that was only a couple of months ago!

Michelle and I had been pondering for some time the benefits of getting a third camera (…well, fourth if you include our little 35mm film camera) for our wedding photography business, and were leaning towards another D800. As a professional photographer I have always had a backup camera, but only recently had I realised that there could be some benefit to having two of the same cameras on a shoot. There is a great deal to be said for just knowing which button is which via muscle memory! I’ve managed some great shoots this month with a loaned D600, but there is something about the feel of that camera that is not quite… right… for me. I can’t really put my finger on it! On paper it’s a beast of a photo-making machine, and I’m very happy with the shots I’ve taken. But in my hands (even though I’ve had my hands on it for three weeks now) it’s just not the same. I’ve found myself retaking shots unnecessarily just because I’m second guessing myself. On Friday I have a wedding… and I can’t find a loan D800 anywhere… and you can’t retake shots at a wedding…

It seemed at the start of the year that I was destined to get my hands on a second D800 – I would have twins. Up until today it was the finest digital SLR I’ve ever used. My mind was pretty much made up and fate appeared to be sealed. Or was it…? In June 2014, Nikon announced the update to the D800, the D810… Uh-Oh! A camera that is physically identical to my favourite camera, that has a faster processor under the hood, that has a new image sensor that performs better in low light… too good to be true, surely? It’d be like upgrading your Ferrari for a proper F1 car!! Hella tempting, yet somehow I resisted. 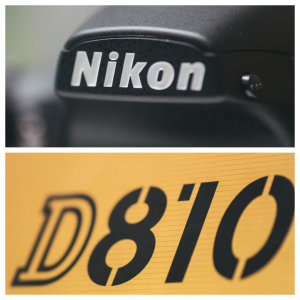 It’s now been 8 months since it’s release (which frankly has to be some kind of self-restraint record for me). I’m traditionally a tragic early adopter, sometimes with interesting consequences… but more on that another time. I’ll admit, my hand was kind of forced a little bit this time around with my main camera on holiday at camera hospital. (In January I took an overseas trip to Thailand, and while photographing their national sport, was bumped over and dropped my precious D800, along with my 24-70 F2.8 lens. I’ve been without ever since as the repair company have taken quite a while to get back to me with a quote for the insurance company, and now that that’s happened, the insurance company doesn’t seem to be in too much of a hurry to help either!)

So… we did a bit of surfing the internet last night. There was a certain air of inevitability as we both rationalised cost vs. expense, looked over the budget and the bank accounts and pored over internet reviews and specifications. Eventually we decided that we might as well pull the trigger. In true form, I didn’t blink once the decision was made. By 10am this morning I had harassed every single camera stockist in Melbourne, finding out their prices and who could throw in the best sweeteners, whether I could get a free case or bag (no I don’t want a UV filter but thanks for the offer) whether or not a spare battery was necessary, given that I already owned three… so much shopping! (Good thing for me shopping happens to be one of my favourite things, and one of my strong points, but more on that another time, too…) 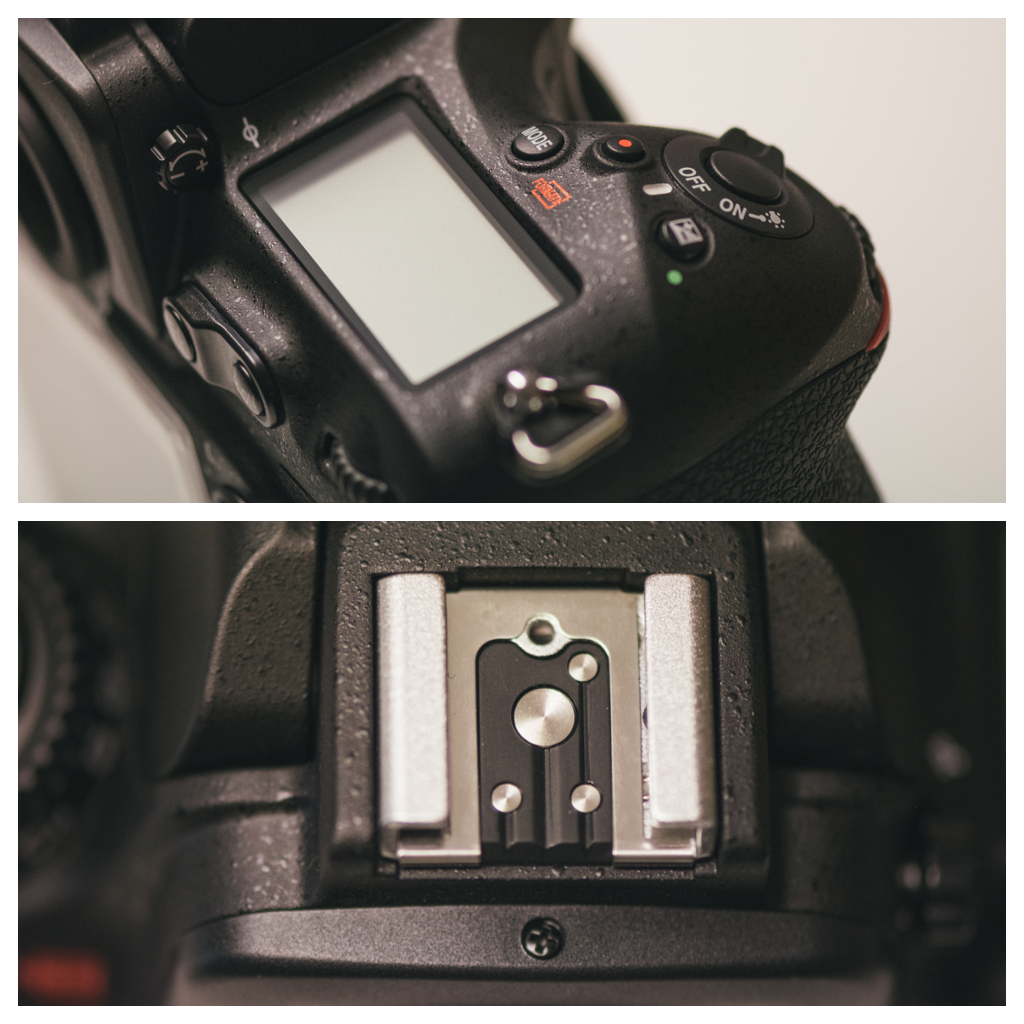 By 10:30am I was the proud owner of a chocolate marble cake for Michelle’s work function tomorrow. By 10:50am I had the D810 as well! When I got home I was so excited! My hands were shaking so much that I had to enter the password to my computer three times. I tried to text Michelle but gave up on that, given that I could barely hold my phone. Then I remembered I had left the cake in the car! Ooops! Lucky for me it wasn’t a very hot day, or there may have been repercussions… Or at least repurchasing of a different cake! After fetching the cake, I had to make room in the refrigerator for it. An hour later, I had cleaned out the fridge, and made the cake safe. No harm no foul. (Except the fridge, that was pretty foul. Until I cleaned it. Now it’s shiny, and organised, inside and out.) 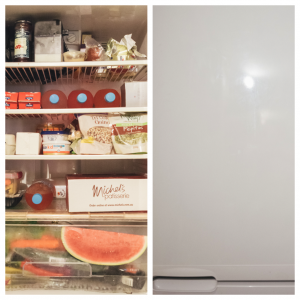 I looked over at the D810, still in it’s box, and my hand started shaking again. “Finally! I’ll get to open it!” Then the phone rings. Good one. It’s my ISP… GOOD ONE. (We are in the middle of upgrading our business website. We expect to deploy it in the next week or two, so there are some serious content and formatting matters that need to be ironed out.) Great. My enthusiasm for working is at an all time low as I dutifully answer questions, format and upload images to the FTP server and email backwards and forwards with the service provider. I can virtually hear the D800 laughing at me from inside the box. I actually turned my desk around so I could not see it. “Focus on the task, Ben… focus on the task…!”

Eventually I had finished what I had to finish, the staging website looked great and the wonderful Zoe from the ISP told me that she has sent the design brief and content over to the formatters, and to “expect a call sometime in the next…” something… but I can’t for the life of me remember what time, day, year or month she said because all I could think about was my new camera!

Finally we’ve hung up the telephone and I am set to go!

I grab my tripod, the sub-optimal D600, and my shiny new 85mm F1.4 lens and proceed, as all good nerds do, to photograph the un-boxing. Except for one thing. Where was the tripod plate? I had it yesterday, it was just… somewhere… not on the tripod. Nor on the underwhelming loan-Nikon. Or my desk. Or in the lockable gear cabinet. Or the camera bags. This was getting ridiculous! All I wanted to do was to open my shiny new tool and marvel at it. Alas the gods weren’t with me. Delay after delay… Then a stroke of genius! Use a different tripod! A-ha!!! The funny thing about that little part of the anecdote is that it took me nearly 45 minutes to come up with that solution when it should have been bleeding obvious. The HILARIOUS thing is that when I went over to the bookshelf that the tripods live under, I found the tripod plate for the first tripod that I had tried to use. Seriously, how did I not look there in 45 minutes of searching??  Pretty soon I am going to write a blog about the benefits of being organised…!

At this stage, I have locked all the doors, turned off my phone, switched off the computer, closed all the 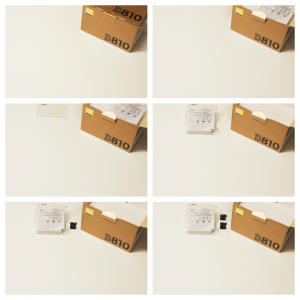 blinds and uplugged the television. I’ve put all the pets outside or in separate rooms, and turned to the kitchen bench, where the uproarious, mocking and entirely imagined laughter of the D810 is almost deafening me. I set the lamentable (but not horrible) D600 up on the tripod frame a shot in the viewfinder, decide that I don’t want to use my shiny new 85mm lens because it’s not wide enough, swap my most expensive lens for my cheapest, (50mm F1.8D) and FINALLY slide my finger under the tab of that familiar gold cardboard. 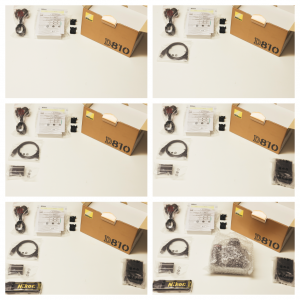 My mind is instantly transported back to the day I purchased my original D800 in 2012, and back further to my first little D70s in 2005. There is truly something special about improving your toolkit. I imagine it’s the same feeling for anybody. Whether your passion is photography, like me, or if it is something completely different, like a golfer getting new clubs, a runner getting new shoes, a builder getting a new hammer or a chef getting new knives… when you get something you’ve been coveting for a while, something that makes it easier or better or funner to indulge your passion, it’s just like Christmas. But better. No matter what time of year. 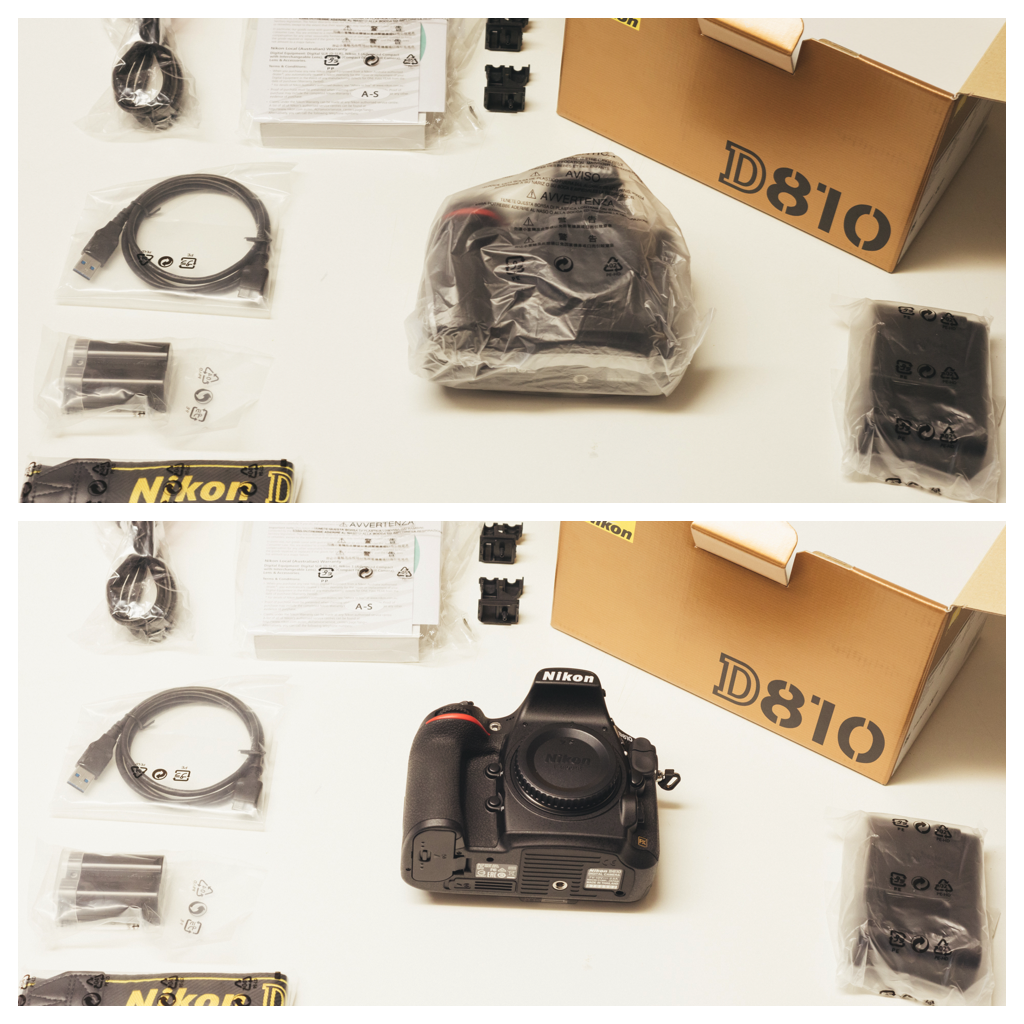 I hope you enjoy these pics of the unboxing (and of my newly organised refrigerator…). Try and remember the last time you felt like I did today. It should bring a big ol’ smile to your face! Try and bottle that feeling up and remember it, then use it when you’re a bit flat. 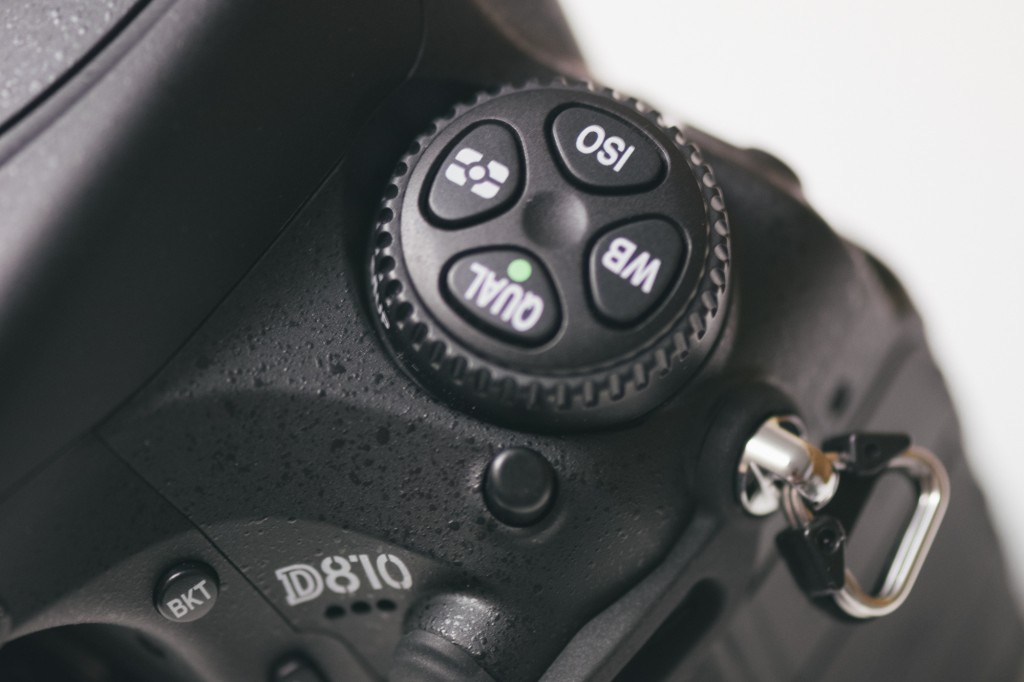 Banking happiness and storing it up for when storm clouds roll in. It’s a good skill, and one of the main keys to fulfilment, in my very humble opinion.

Feel free to start the discussion below. We would love to hear what you are passionate about! What is that one thing that gives you goosebumps and chases your blues away? Leave us a note below… we look forward to hearing from you!

Oh, and thanks for wearing pants! 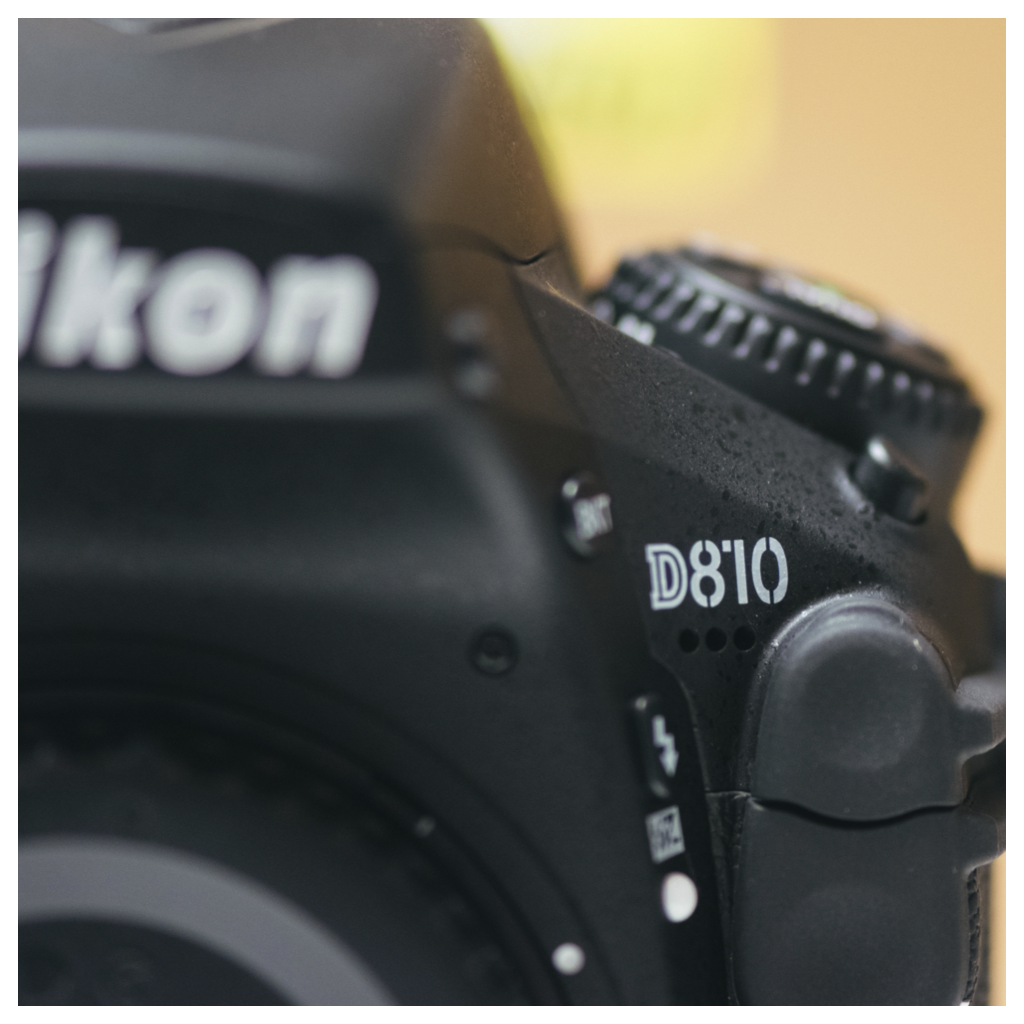 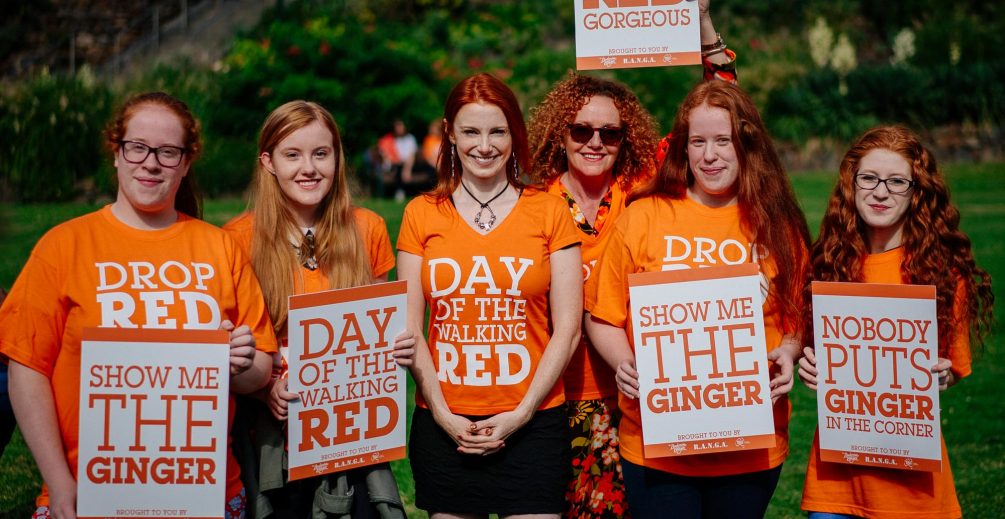 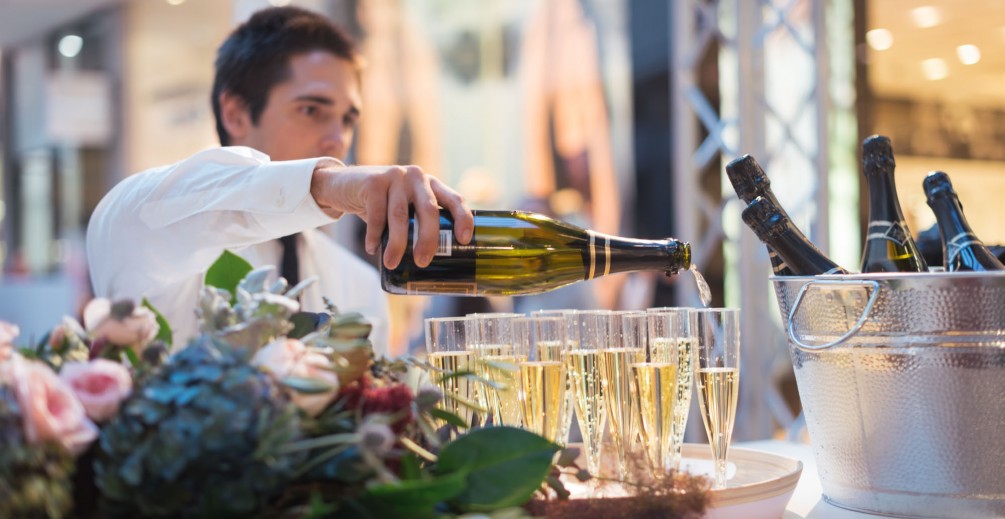 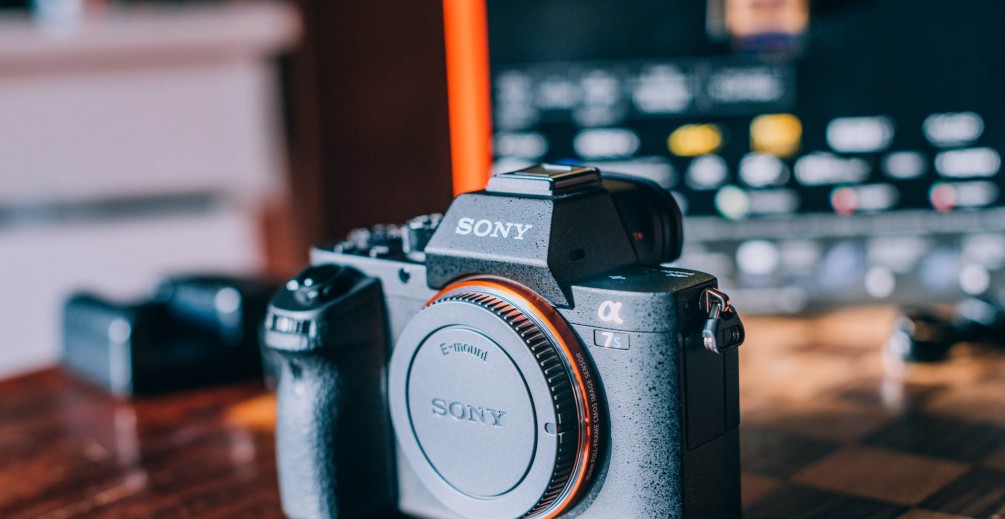