Contemporary dance rejects the idea of rules and continually reinvents itself, pushing boundaries and testing limits. It can be such an exciting and enlivening art form and it always leaves me wanting more dance in my life. So – I was thrilled to be invited to a preview performance of Sydney Dance Company’s ‘Frame of Mind’ at Southbank Theatre. They are a leading contemporary dance company on the world stage, with sixteen truly exceptional dancers. In the past they have collaborated with Toni Maticevski, Akira Isogowa and Dion Lee as well as Katie Noonan and Sarah Blasko. This was the first time I had seen them and I was not disappointed!

First up was an introductory Q & A session with some of the key players, hosted by The Age’s Philippa Hawker. Artistic Director Rafael Bonachela was full of expression, passion and movement as he spoke about the background of the first piece – ‘Quintett’ – a masterpiece by the prestigious William Forsythe, set to Gavin Bryars’ iconic and haunting track ‘Jesus’ Blood Never Failed Me Yet’. The track is amazing loop of a homeless man, recorded in 1971, singing a religious song as he remembered it from his childhood. Layered gently and with strings it gradually swells to an orchestral climax that carries the audience bodily into the emotion that gushes from the dancers with such dynamism. 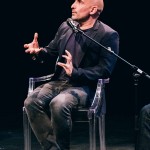 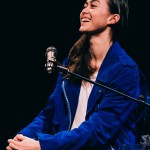 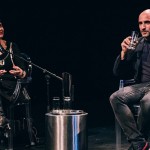 The two dancers in the panel, Cass Mortimer Eipper and Chloe Leong, spoke warmly about the experience of working with celebrated professionals on such an important piece. Originally created in the early 90’s, this mesmerising dance was Forsythe’s love letter to his wife who was dying of cancer at the age of 32, leaving two children. She did not live to see it performed, and Forsythe did not open up about the true story behind his creation until many years afterwards, despite its success. 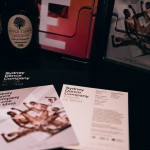 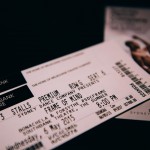 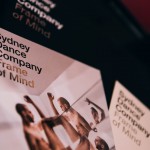 I loved this performance. The repeated loop in the song was utterly hypnotic. I have no real idea how long it was until interval! I was fascinated by the connection between the dancers as they moved in such meaningful but in some ways unnatural patterns and followed code-like motifs. It is an exceptional piece of dance in its own right but I think it will have an even deeper impact on the audiences now that the pain, love, longing and grief is contextualised as part of this famous choreographer’s personal life story.

After interval we put the beautiful ‘Quintett’ behind us and soaked in the world premiere of ‘Frame of Mind’. This new piece was choreographed by the effervescent Rafael Bonachela and featured music by Bryce Dessner, played as a recording by the Kronos Quartet (who I’ve previously seen live with Musica Viva in the concert hall next door). As described in the pre-show discussion, this piece played with the concept of time passing and explored the complexity of shared and isolated emotions. The connections between individual dancers made an impact on the audience and I know at least one person who shed tears at an emotional high point.

Eventually the spell was broken and the performance was over. Complimentary drinks with all the dancers and plenty of other artsy folk was a bonus to finish off the night. Fabulous!

Thanks for wearing dance pants!

PS. ‘Frame of Mind’, Presented by Sydney Dance Company is in Melbourne from 6 – 16 May, 2015.
See www.mtc.com.au/frameofmind for details.